18 Years ago today, Theodore was born. I barely got to hold him before I was off, two days later, for training prior to my first of three deployments in support of the Global War on Terror.

Where has the time gone?

We are not that much closer to even grinding out justice in the case of Khalid Sheikh Mohammad, the supposed mastermind of the 9/11/2001 terror attacks. In pre-trial hearings, former CIA interrogators talk about how they feel what they did was necessary to save American lives. One said he would do it all over again.

Our President is being impeached based on no evidence, no crime, and decidedly false accusations.

Our economy is booming; 401k’s and 403b’s exploding. Energy independence, a wall, trade deals left and right. Yet the Left complains about unlawful invader’s “rights” and that “poor” people are asked to pay for anything.

What does Theodore have to look forward to? What will become of us, of KSM, of the President? Stay tuned! My high school senior is interested in all of it (thank God!).

Theodore just became an Eagle Scout! Just like his two older brothers before him, he finished the trail to the top, and now will survey the landscape before taking on the challenge of climbing yet another even higher mountain for his future.

One of my proudest moments was when Theodore accepted the role of Senior Patrol Leader for Boy Scout summer camp a few years ago, after his best friend and original SPL could not attend due to the passing of his mother, who had just lost a long battle with cancer.

Theo took the reins of the Troop, and with the help and support of the other boys and adult leaders, led us through a mindful and reverent week of learning and personal growth beyond what any of us could have predicted. Theo and the boy leadership kept our camp American flag at half staff all week in honor of their friend’s mother’s passing. They never spoke about it. They just did it, every morning, in reverent silence. 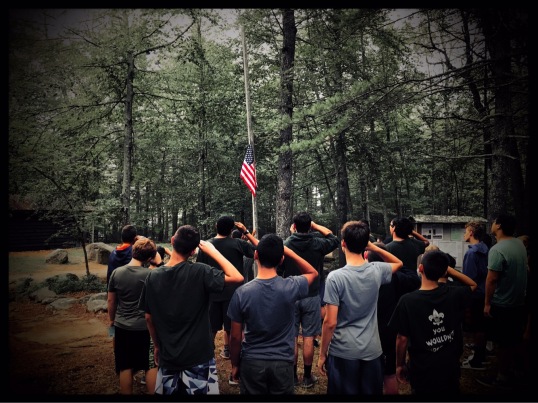 I blame myself for his love of NASCAR racing, infecting him early and often with watching races on TV and occasionally in person, buying him brightly colored die cast cars, playing with slot car sets, and then six years ago buying my very own convertible Mustang.

Theo wants to become a member of a NASCAR team, but is not sure yet in what capacity. He wants to study automotive engineering. A great start!

Theo is a loving, thoughtful and kind person, and I couldn’t be prouder of him and his brothers (he has three; two above and one below) and younger sister. Along with their mother, my companion of 35 years and counting, I am blessed with the fun, love and challenges of a big family; with three adult men, now, and everyone searching for their own way forward.

I felt like a criminal leaving them, every time, but duty, honor, country called.

I am proud of my service, and proud of my wife for keeping things together while I was away. I still have no clue how she did it. 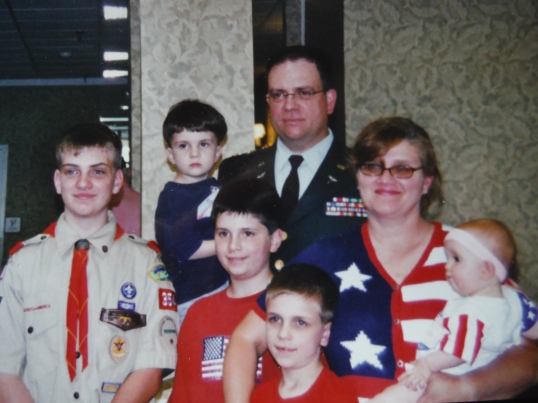 I am grateful for all my blessings, all my family, friends and social media acquaintances.

My hope for Theodore, on his birthday and all the days of his life, is that he will continue to strive for excellence in all that he does. That he will live a full and honest life, that he will show others the respect he expects in return, and that he will love passionately his family, friends and career.

He has learned a lot from life already, that it is not fair, that it is hard, but that there are rewards for integrity, hard work and loyalty.

One response to “Theodore”