Unless special provisions are made, families of fallen soldiers whose death benefits will be suspended could be hit especially hard during the current government shutdown. These benefits include vital monetary support for dependents of fallen soldiers who suddenly, and unexpectedly, find themselves facing financial hardship at one of the lowest moments in their lives.

Ken Fisher Statement: Government rules and regulations can often prevent it from doing what is best for our military. A perfect example of this occurred during the 2013 government shutdown when DoD could not pay the death benefits earned by service members through their ultimate sacrifice. Fisher House Foundation was there to fill the gap for grief-stricken military families. The Foundation volunteered to help the federal government meet this need and, though the crisis ended quickly, wound up providing $750,000 in grants to 30 families.

According to Ken Fisher, “Families like the ones we helped in 2013, are very deserving. They are deeply dedicated to overcoming the challenges they confront. Helping them isn’t charity but rather this nation’s solemn duty. In these very tough situations, they don’t quit. Neither should we.” 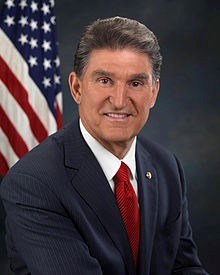 Senator Manchin has worked with the Ken Fisher, to make sure these families are taken care of in their time of greatest need.

Senator Manchin Release: The Fisher House generously agreed to offer the families an advance grant until the government can make reimbursements at an appropriate time. The Fisher House will also cover flights, hotels and other incidentals for family members.

“Today I spoke with my good friend Ken Fisher who generously volunteered to help our military families and ensure there is no funding gap during a time of unfathomable loss,” Senator Manchin said. “I applaud Ken and the Fisher House for their dedication to serving our soldiers and their families during their time of need and especially as this senseless shutdown looms. It’s shameful that our military families could bear the consequences of this shutdown and that’s part of why I will never vote to shut down the government. I’m grateful for Ken’s leadership and generous spirit.”

Fisher House Foundation is best known for the network of comfort homes built on the grounds of major military and VA medical centers nationwide and in Europe. Fisher House Foundation also operates the Hero Miles Program, using donated frequent flyer miles to bring family members to the bedside of injured service members as well as the Hotels for Heroes program using donated hotel points to allow family members to stay at hotels near medical centers without charge. The Foundation also manages a grant program that supports other military charities and scholarship funds for military children, spouses and children of fallen and disabled veterans.