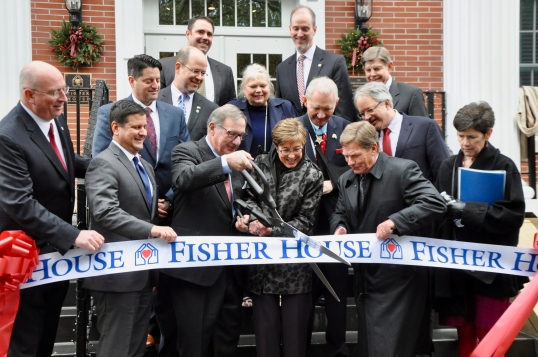 Zachary Fisher also founded the Intrepid Museum Foundation to memorialize the WWII aircraft carrier and honor the men and women of the armed services. Ken continues to serve on the board and is the museum’s largest supporter.
The Intrepid Fallen Heroes Fund has provided more than $150 million in death benefits and scholarships in support of fallen military personnel lost in service to our nation.
I had the privilege and honor of interviewing Ken Fisher to see what’s new with The Foundation, and why Memorial Day is so special.

Ken said, “Memorial Day is a sacred day for this country, because we honor those who sacrificed their lives for our freedom. While Fisher House’s core mission is to provide free housing for families of hospitalized service people and veterans, we were made aware that families of the fallen had no place to stay at Dover AFB when a loved one’s remains are returned for a Dignified Transfer. We built a Fisher House for the families of the fallen at Dover, because we didn’t feel that the options previously available were worthy of the sacrifices they had made. We also provided a non-denominational spiritual center where they could go to pray, or meditate. For many of the families, it has been one of their first interactions with the military, so it’s our hope that we not only helped ease their burden, but we also created something dignified and comforting. So far some 2400 families have used the Dover house. It is the one house I want to see empty.”
When I asked Ken to tell me about his uncle Zach, he had this to say, “My Uncle Zach taught me many things – specifically the true meaning of giving back.  Military and veteran families too often are forgotten but the entire family serves. He taught me the true meaning of patriotism. I remember him being asked if he had any regrets – and his response was that he didn’t – he was too busy counting his blessings. That’s the way I feel. What was a desire to continue a legacy turned into a fierce passion for my wife and me.”
When I asked Ken how his Uncle Zach became involved with the Intrepid, this is what he had to say, “Zach learned that the Intrepid, an Aircraft Carrier that had served in three wars and was a primary recovery vessel for NASA was going to be decommissioned and scraped. Intrepid lost some 270 sailors and aviators from Kamikaze attacks or in the skies above her. He viewed it as a piece of history that needed to be saved. It was a massive undertaking, with so many hurdles to overcome. But in true Zach fashion he succeeded. Today, it is one of the only Air, Sea, and Space Museums of its kind  – 1 million visitors each year come to Intrepid, including school children in New York City who visit for STEM education projects. It is an honor and privilege to serve as its co-chair.
I asked Ken where the idea for the Intrepid Fallen Heroes Fund originated, and why keeping the Intrepid Fallen Heroes Fund vibrant was important to him. Ken told me, “Zach did so much, including giving grants to families of our fallen soldiers.  After Uncle Zach passed, my father and my late cousin, Tony, started the Fallen Heroes Fund to supplement death benefits. When it was founded in 2001, these families only received about $6,000, of which a large portion was taxed. While it’s impossible to put a value on a life, that was clearly inadequate. So Fallen Heroes supplemented this by giving an additional $25,000 to these grieving families, most of which were on food stamps. I think the Foundation brought this to national attention – and soon after, Congress enacted legislation to increase the gratuity and remove the tax. Families now get $100,000 very soon after their loved one’s passing. It certainly doesn’t make up for their sacrifice, but it’s a big step toward rebuilding their lives.
“My father repurposed the Fallen Heroes Fund to a project-driven organization that built the Center for the Intrepid at Brook Army Medical Center, a physical rehab center, and The National Center of Excellence (NICoE) in Bethesda, to deal with PTS and TBI, the unseen wounds of war.  They now are building “Spirit Centers” that allow these men and women to get care closer to home.”
Ken’s father is the families’ only veteran – he served in the Korean War.

Finally, I asked Ken what his vision for the future of Fisher House was, and what was next for the Fisher family. He had this to say, “Our goal is to continue to build Fisher Houses wherever one is needed. My vision is to stay true to our mission, and honor our donors by doing exactly what their donation was intended to achieve. For us, that means easing the burden on families during a most difficult time in their lives. I would give that advice to anyone in their work to give back.
“We want to remain a family-centric organization and we will continue to work hard to maintain our A+ Charity Navigator rating.  I am so proud of what we have achieved and what the future holds.”
And we are proud of you and your dedicated family and partners!
Memorial Day is a time for reverent appreciation for the fallen. It can also be a time after which we can re-focus on those who are still with us to help give them and their families the quality of care and life we wish we had, were we in need.
Please visit The Fisher Foundation web page and help build the next Fisher House!

Unless special provisions are made, families of fallen soldiers whose death benefits will be suspended could be hit especially hard during the current government shutdown. These benefits include vital monetary support for dependents of fallen soldiers who suddenly, and unexpectedly, find themselves facing financial hardship at one of the lowest moments in their lives. 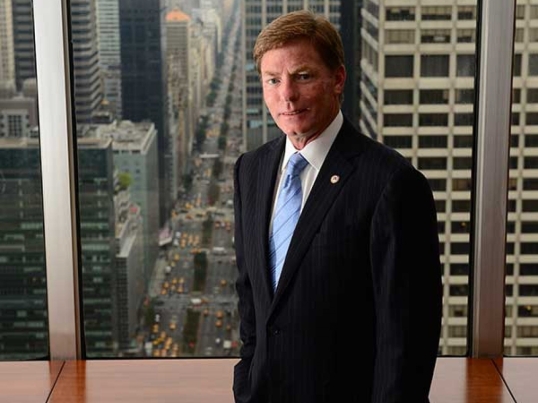 Ken Fisher Statement: Government rules and regulations can often prevent it from doing what is best for our military. A perfect example of this occurred during the 2013 government shutdown when DoD could not pay the death benefits earned by service members through their ultimate sacrifice. Fisher House Foundation was there to fill the gap for grief-stricken military families. The Foundation volunteered to help the federal government meet this need and, though the crisis ended quickly, wound up providing $750,000 in grants to 30 families.

According to Ken Fisher, “Families like the ones we helped in 2013, are very deserving. They are deeply dedicated to overcoming the challenges they confront. Helping them isn’t charity but rather this nation’s solemn duty. In these very tough situations, they don’t quit. Neither should we.”

Senator Manchin has worked with the Ken Fisher, to make sure these families are taken care of in their time of greatest need.

Senator Manchin Release: The Fisher House generously agreed to offer the families an advance grant until the government can make reimbursements at an appropriate time. The Fisher House will also cover flights, hotels and other incidentals for family members.

“Today I spoke with my good friend Ken Fisher who generously volunteered to help our military families and ensure there is no funding gap during a time of unfathomable loss,” Senator Manchin said. “I applaud Ken and the Fisher House for their dedication to serving our soldiers and their families during their time of need and especially as this senseless shutdown looms. It’s shameful that our military families could bear the consequences of this shutdown and that’s part of why I will never vote to shut down the government. I’m grateful for Ken’s leadership and generous spirit.”

Fisher House Foundation is best known for the network of comfort homes built on the grounds of major military and VA medical centers nationwide and in Europe. Fisher House Foundation also operates the Hero Miles Program, using donated frequent flyer miles to bring family members to the bedside of injured service members as well as the Hotels for Heroes program using donated hotel points to allow family members to stay at hotels near medical centers without charge. The Foundation also manages a grant program that supports other military charities and scholarship funds for military children, spouses and children of fallen and disabled veterans.