‘Tis the age old question: To be, or not to be?

Should we not, as a nation of immigrants, live by, “Give me your tired, your poor, your huddled masses yearning to breathe free?”

Should we not kill the fatted calf and embrace our fellow man?

Not too long ago there was an Ebola outbreak in West Africa. Even U.S. citizens who contracted the disease were highly suspect, and made us cringe when we learned they were being allowed into the U.S. for treatment. Those were innate feelings of survival.

Instead of allowing infected West Africans into the United States, President Barack Obama was willing to expose Americans by sending U.S. Army troops into the belly of the Ebola beast in order to help gain control of the virus. But would he keep troops in Iraq and Afghanistan to protect us against unlawful combatant Islamists who want to kill us? Not so much.

Any pangs you might feel towards “Syrian” refugees as you sit around the turkey and cranberry sauce this Thanksgiving stop it. Just stop it. 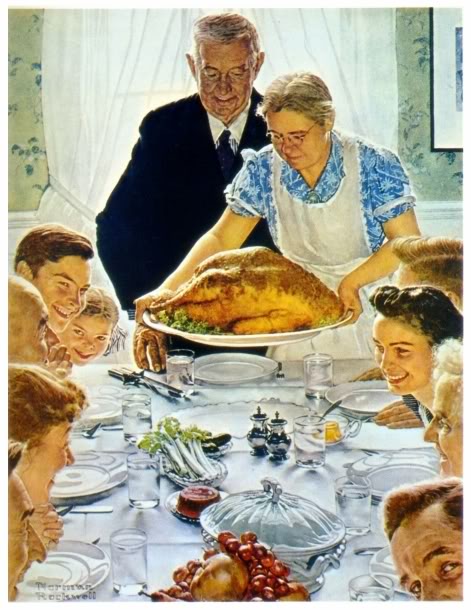 For those of us who believe in the Judeo/Christian ethic: do unto others as you would have them do unto you, the Ten Commandments and “am I my brother’s keeper?” do not be fooled, they are not our neighbors nor are they our brothers, these “immigrants” are our enemies and are as infectious as Ebola.

Even in ancient biblical times we did things that protected ourselves against disease: no pork, monogamy, cleanliness is next to Godliness. We must protect ourselves against the disease of Islam in the radical form. We must reject the politically correct idea that our “morals” are more important than our own existence.

Whose morals are the PC crowd talking about anyway? Pagan, utilitarian, humanist morals.

If it feels good, do it. If it’s useful to me it’s good. Whatever a human does as long as it doesn’t hurt anyone (who isn’t conservative or a capitalist) is good.

One’s morals depend on one’s values. Values are beliefs, feelings and actions which are important to us, the most important of which are ACTIONS. Because without ACTING on what you say you believe and feel is right, you don’t truly value it.

In today’s debate about whether or not to admit “Syrian” refugees into the United States, liberal talking heads are beside themselves cackling about our morals and the American way – but how many are pledging to HOUSE “Syrian” refugees, or even put them anywhere near their own homes!

And sometimes right and wrong take a back seat to survival.

Our survival instinct is as American as it is human.

From the Revolutionary War, when the bodies of dead patriots piled high around and supported the standard holding the American flag that inspired Francis Scott Key to pen the “Star Spangled Banner.” To our Civil War, where President Abraham Lincoln chose finally two generals, Ulysses S. Grant and William Tecumseh Sherman, who embraced total war, and then burned their way to victory through southern cities. To fire bombs and atomic bombs to end World War II.

We, as a people, have done what is necessary to survive, and should never feel guilty or apologize for it. Nor should we brag about or exult in it.

We should simply keep moving forward in our effort to make this land, OUR land, a more perfect place.

Free, with Liberty and Justice for all who belong here and want to embrace the same values, our Judeo/Christian values, which have made us who we are. Islamists seek to be governed in a theocracy. This is antithetical to democracy, ours especially, because we believe in separation of church and state.

This separation however is frequently misunderstood. The Free Exercise and Establishment Clauses of the First Amendment of the United States Constitution were intended to forbid state sponsored religion, but was never intended to forbid free expression of religion, both in and out of the government.

Separation of church and state is meant to keep government out of religion, but never to prevent religion in government. Look at the references to God and religion in our capital’s architecture. “In God We Trust” on our currency and behind the bench of every Federal Court. An invocation before each session of Congress performed by a government employed chaplain. Chaplains in all the services of our military.

True Americans are not hyphenated-Americans. We assimilate. We respect each other’s differences, but not to the point of losing our own identity, our own American soul. Islamists seek social entropy, leading to an end state of complete control and domination, over infidels, women and children within a Muslim theocracy or Caliphate.

The biggest differences between the pagan, utilitarian, humanist (liberal) ethic and the Judeo/Christian ethic is the former’s idea that a human being is born with rights and no responsibilities, that we deserve forgiveness without repentance, and that anyone who comes along deserves food, water and shelter no matter their potential intentions. 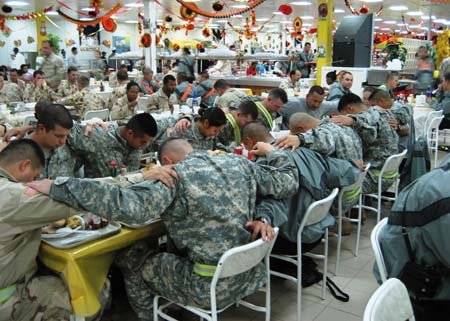 So, this Thanksgiving, while you’re giving thanks for all the blessings you enjoy as an American, continue to be kind, generous and forgiving, but as our bibles tell us, forgive only those who repent, and never lend a helping hand to someone who might just cut it off. Happy Thanksgiving!

Error: Twitter did not respond. Please wait a few minutes and refresh this page.