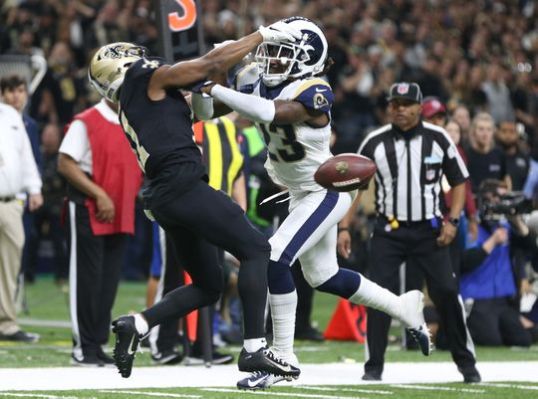 Let’s be CLEAR, the no-flag penalty in the New Orleans Saints vs. Los Angeles Rams NFC Championship game played on January 20, 2019, was NOT a “no call” or a “blown call,” it was an IGNORED call.

Rex Ryan, on ESPN, called it “The worst no call in the history of sports.”

We’ll let the investigative reporters follow the bouncing ball on potential funny business on why the call was ignored. The rest of us need a solution.

The NFL could solve this problem for all eternity by changing the rule to allow such plays to be reviewed in the “booth” or at NFL Headquarters. They could call an emergency owners meeting, hash it out and then voila! no more egregious IGNORED calls.

However, the NFL could solve the immediate problem, one which if they don’t could well be their death knell, and for what? Ratings? Money? Certainly not prestige.

Insinuations about a rigged game for ratings is up front and personal on social media. Los Angeles vs. New England is a much bigger draw then New Orleans vs. Kansas City.

But the NFL could again, call an emergency owners meeting and then decide to re-play the game from the point of the IGNORED penalty, after awarding the penalty.

Simple, fair, and lifesaving for the NFL.

The game is over, and just like the kneeling pox that devastated many loyal NFL fans two years ago, the NFL feel that “this too, shall pass.” They are too big to fail.

They have announced their Super Bowl teams and with blinders and earplugs in place, they will soldier on.

They will move forward without integrity. It’s no fun to watch a game that isn’t fair. It’s not watchable if there is no oversight on such egregious events. Fans will not tolerate a rigged system, nor entertain such shenanigans.

The photographs and video do not lie. There is no escape from the facts. The truth may yet to be revealed. 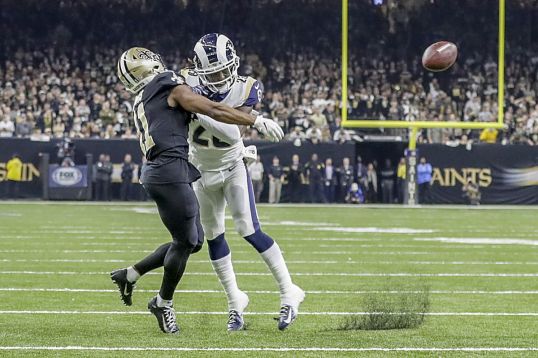 Until then, raise your hand if you’re going to watch the Super Bowl this year, or any NFL moving forward if this is not fixed the right way, now.