Imagine that you invite me over for dinner, and we’re going to relax in the living room before the meal. You tell me I can sit anywhere I like, except for the big easy chair in the corner, because you say, that was your deceased father’s chair, and no one has sat in it since his passing.

I walk over and then sit in your father’s chair.

You are in shock. Then you are incredulous.

“I asked you not to sit in that chair!” you say.

I continue, “When I was growing up my father had an easy chair just like this that he never let us kids sit in, and I’m tired of people telling me where I can and cannot sit. There’s no law against me sitting here, is there?”

You get the point.

In fact there is a law that says we “should stand” for the National Anthem:

(a) Designation.— The composition consisting of the words and music known as the Star-Spangled Banner is the national anthem.

(b) Conduct During Playing.—During a rendition of the national anthem—

(1) when the flag is displayed—

(A) individuals in uniform should give the military salute at the first note of the anthem and maintain that position until the last note;

(B) members of the Armed Forces and veterans who are present but not in uniform may render the military salute in the manner provided for individuals in uniform; and

(2) when the flag is not displayed, all present should face toward the music and act in the same manner they would if the flag were displayed.

Although the law does not specify a criminal charge nor penalties for not standing for the Anthem, it is nonetheless illegal to sit for it.

So who would enforce this affront to national patriotism? Local governments may pass ordinances that establish penalties if they so choose. What a rude awakening it would be if, for example, Kansas City Chief’s cornerback, Marcus Peters, who sat for the Anthem in a Thursday night NFL football game, was arrested on enforcement of a Massachusetts ordinance requiring adherence to the law.
Who would come out of the woodwork to bay in his defense? How many other NFL players or Hollywood stars would come out and offer to pay his bail?
In my humble opinion, jail would be too easy for him and others who pretend to be disgruntled over this or that. A public mocking, me thinks, would be in order. Put them in the public square in stocks! Make them work in veterans outreach programs, or clean toilets at the VA. Something that might get their attention as to why people like me may have had a violent reaction to his antics that fateful Thursday night.
There I was, watching the end of the pre-game show, nestling up to the almighty tube, in the comfort of my own home, my castle, my abode, when the music of one of the most beautiful songs a veteran can hear began to play. A song that still brings a tear to my eye, as the music and the flag bring me back to deployments at Guantanamo Bay, Cuba and Iraq.
While the music plays I can’t help but reflect on my and the sacrifices of millions of Americans, today and in years past, of my own ancestors who fought in the American Revolution and the Civil War. I think about those who died on December 7, 1941, at Pearl Harbor, or those who were killed storming the beaches of Normandy, France on June 6, 1944. I think of the Koren War veterans, the Vietnam veterans, the Desert Storm, Enduring and Iraqi Freedom veterans, and today’s proud and wonderful volunteers. 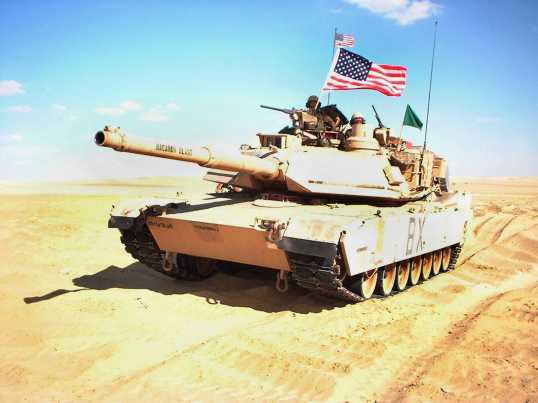 As this is going through my mind, and I am anticipating a really good football game, I see this scum-of-the-earth, two-bit wannabe, sitting on the bench with his helmet on! It’s bad enough you can’t stand, but you double-down and keep your head covered as well?
I had the worst Post Traumatic Stress episode I can remember.
I served 22 years in the Army, National Guard and Reserve, from October 1986 to December 2008. I was an enlisted combat medic for five years and then became a Medical Service Corps officer and finished as a major in rank. I spent about 2 1/2 years away from my family for three deployments between 9/11 2001 to December 2005.
I was angry for a time because it seemed like no one even knew or cared that there was a war going on. Then it hit me. that’s why we do what we do, we oathkeepers and sheep dogs. We do it so that everyone at home can go about their daily lives, unafraid and free.
I had some difficulty adjusting after Gitmo, and then after returning from a 14 month Iraq tour. I wanted to drive in the middle of the road. I shook and jumped at loud noises and fireworks. I have tinnitus. I didn’t sleep well.
All in all, it wasn’t that bad though, and the symptoms didn’t last that long. My loving and devoted family were always there for me. I am truly blessed that way.
I wrote a book  for catharsis, and then had it published. My friends and colleagues and Tweeple are all so very kind and supportive. I am truly blessed, and every day is a blessing. 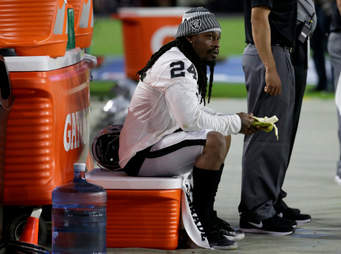 Let me explain to you just why I had that reaction. I have figured it out. We watch football in our homes. And like the “My Father’s Chair” scenario I painted for you in the beginning of this piece, our home is our personal, private domain, where we control everything that happens. We invite the NFL into our living rooms, dens and bedrooms for our own pleasure and entertainment. So when some knucklehead SITS for our National Anthem on TV, it is happening in OUR HOME.
That is offensive and disrespectful, just as if I had told Marcus Peters not to sit in my fathers chair . . . not only did he sit in it . . . he defiled it.
If any of these guys called for a press conference to discuss their pity-party snowflake fake news butt hurt NO ONE would come, and NO ONE would listen. They are a privileged few.
Less than one percent of all high school football players ever play football on scholarship in college. Less than one percent of all college football scholarship players ever make it on an NFL team. Who are they kidding? Who do they say they represent when they sit? Why can’t they start a fund, or a charity? Donate time and money to causes they care about. Why disrespect all patriotic Americans on national TV?
It’s a drive-by assault on American values.
And the NFL? Completely complicit. The NFL FINES players for wearing the wrong SOCKS on game day. And if a player SITS during the national Anthem? Nothing. Whose values do the Commissioner of the NFL and NFL owners (who are also complicit) pretend to represent when they allow players to SIT for the National Anthem?
The NBA has it right. They require players to stand for the National Anthem. But for how long?
If anyone doubts that standing and showing respect for our National Anthem isn’t the internationally respected norm, witness this video of world champion Jamaican, Usain Bolt, interrupt an interview to show his class and respect for our Anthem.

There was a college basketball coach who invited some veterans to a practice one day, and then told the players how and why they will stand for the National Anthem. Watch it. Have your kids watch it. Send it to your favorite NFL football player.

Of flags and football. It’s about RESPECT.

19 responses to “Of Flags and Football”